The Pātimokkha is a set of 227 rules for the bhikkhus belonging to the Theravāda sect which is based on the Pāḷi language texts. The 227 rules are grouped into seven classes with the first two, Pārājikā and Saṅghādisesā considered as “heavy”. The first heavy group is also considered irrecoverable while the second requires official transactions to restore the full bhikkhu status to the offender. The seven classes are listed below:

The Seven Classes of Rules

The first group of rules, called Pārājikā consists of 4 rules:

If a monk commits any of these four rules to the slightest degree, he is automatically no longer a monk at that very moment even if he continues to wear the robes.1For this reason, because we don’t know who has fallen, bhikkhu ordination ceremonies are often better if there are seven or ten bhikkhus even though one only needs five. This helps protect the minimum quorum needed for ordinations.

There are 13 Saṅghādisesā rules. The ones that usually come up in actual monk life are, intentional emission of “life fluids”, touching women, and speaking to women with lewd words directly or indirectly with a lustful state of mind. Monks also cannot perform marriage ceremonies and act as a “go-between” to “match-up” men and women. If a monk breaks any of the 13 rules, he must undergo a rehabilitation process where he loses his full status as a monk and collects his food last and is seated last. In addition, and the most difficult part, he must also inform all monks in the monastery of his offense(s) each day during this period. In addition to that, there is a probation period which extends the length of time for the number of days the offense was concealed. There must be at least 20 monks to participate in restoring his full status.2 Usually it is preferred to have 25+ monks just in case to protect the twenty bhikkhu quorum

The Nissaggiya-pācittiyā rules are 30 in number. They mostly consist of keeping extra robes, or bowls beyond 10 days, not being within an arm’s reach of the 3 robes at dawn time, not asking for things (robes) within the proper conditions, and keeping medicinal tonics for more than 7 days. In addition to that, one is not allowed to use money or items bought with monk-owned-money. All of these items are considered Nissaggi and must be forfeited. As long as the monk has not fully relinquished or still has mental possession of these items, he will not be pure. If this persists as a daily practice, the monk’s life is counterproductive towards self salvation and it is said he will be born in the lower realms for this if practiced until death.3“sāpattikassa, bhikkhave, nirayaṃ vā vadāmi tiracchānayoniṃ vā”ti Unfortunately, more than 95% of all monks engage in breaking this class of rules, usually by accepting and handling money. A video explains this below:

The reciter of the Pātimokkha will ask the assembly of monks if they are pure after each section is finished. Even if the monk is “silent” when asked, this is counted as lying if he is not pure. Since most monks use money, most monasteries rarely recite the Pātimokkha. If they do, it is only during the Rainy season. If they do recite it during Rainy Season, they usually stop reciting just before the section on Nissaggiya. In this way, by chanting only 25% of the Pātimokkha, they are not asked if they are pure regarding money and items bought with monk-owned-money and can avoid “lying by remaining silent.”

The rest of the rules are too numerous to mention. However, some are worth noting such as: Not being able to sleep in the same lodging as women, not to damage living plants, not to eat after Solar Noon, not to eat stored food, not to eat unoffered food, not to ask for anything without being invited, not to drink alcohol, not to ordain one who is younger than 20 years old.

The Sekhiya day to day behavior rules are classed into several groups:

The rules were made one by one, as needed, as time went on. The Buddha’s early students automatically followed proper vinaya. They knew what monks should do, and followed it. Because of that, there was no need for rules. However, after the first 20 years, monks with less past life pāramī ordained and started breaking the common sense unwritten code of conduct. The first rules to come were the Pārājikā rules. Later the other rules were formulated to make 227 rules plus the very small khandhaka rules found in the Mahāvagga and Cūḷavagga vinaya texts.

There is a mention in three suttas about “having more than 150 rules” for the Pātimokkha. Some rogue monks believe that the Pātimokkha should therefore only have 150 rules. However, just as the suttas were made over a long period of time, so too were the accumulation of the rules. Furthermore, the words, sādhikam diyaddhasikkhāpadasatam are defined as:

I might speculate this expression might also be an idiom. There are other numerical expressions which are proven to be idioms in that sense too. However, as time and cultural norms have passed, it is difficult to know for sure. The rogue monk who performed a 150 rule Pātimokkha with his followers was eventually kicked out of the Ajahn Chah tradition.

The Pātimokkha is recited on the new and full moon days. These days are called the Uposatha days of the 14 or 15th day cycles. All monks are required to come to the Uposatha hall (sīma). The monks must purify their offenses before entering the Pātimokkha recitation area by confessing and getting rid of unallowable items, usually from the Nissaggiya-pācittiyā section. Those who have offenses that still remain, like those who have money or items bought with monk-owned-money and cannot bear to relinquish them completely, are not allowed to attend the Pātimokkha. These monks will not be pure no matter how many times they confess.

The confession procedure is stated below:

Confessor: Ahaṃ bhante, sabba āpattiyo āvikaromī, Venerable Sir, I disclose all of my offenses in the open.
Acknowledger: Sādhu! Sādhu! Sādhu!
Confessor: Ahaṃ bhante sambahulā nānā-vatthukāyo āpattiyo
āpanno. Tā paṭidesemi. Venerable Sir, I confess all of the various offenses to you.
Acknowledger: Passasi āvuso? Do you see your offense?
Confessor: Āma bhante, passāmi. Yes I see.
Acknowledger: Āyatim āvuso saṃvareyyāsi. Will you not do this in the future?
Confessor: Sādhu suṭṭhu bhante saṃvarissāmi. (Three times.) Yes, I will not do this in the future.

A monk who has money or has items bought with monk-owned-money on him, in his kuti or held by a friend cannot honestly purify his offenses with the above statements. The confession requires him to agree to stop doing such actions and relinquish what needs to be relinquished. If he doesn’t, his purifying confession of light rules are not complete if the nissaggi items still remain.

Theoretically, everyone who enters the Pātimokkha before going to the recitation is pure because they have properly confessed. Pa-Auk does not ask many questions to monks who come from the outside monasteries with such money-handling history. Other monasteries will ask quite a few questions if the monk comes from an outside monastery.

The Pātimokkha is recited in full by a single monk. It is recited by memory and takes roughly 45 minutes to complete with the preliminary 4 minute chant included. The version below is actually considered “slow” by normal standards and is 49 minutes without the preliminary recitation included (The video has this preliminary edited out even though it was chanted). Everyone is expected to listen to the Pātimokkha recitation. In a normal setting, about 5 to 10% are able to perform the Pātimokkha by memory. According to tradition, one should know how to recite the Pātimokkha by memory before one is five years old in monk age. It is considered a “right of passage” but most do not complete this feat of memory. Those who accomplish this, usually spend three or four months with two hours per day (spaced learning). It took me three months plus an extra month to get smooth enough for reciting. The text for the memorized recitation below can be found here:

Pātimokkha is a Pāḷi word and refers to Pāḷi Buddhism or Theravāda Buddhism. Mahayana, as it is most known today, is a religion based on the Chinese language and sometimes Sanskrit Language and is not discussed here. Those who were part of the first and early revival of the “bhikkhuni saṅgha” of this century who wear Theravāda bhikkhuni robes are actually rooted or mixed with the Chinese Mahayana sect. 4 You can read this link for full details: https://americanmonk.org/are-theravada-bhikkhuni-ordinations-valid/ . In order to be accepted, it must be accepted by the general world Theravāda saṅgha with unanimous support. Theravāda Buddhism is democratic actually.. Nevertheless, a real Theravāda bhikkhuni has 311 rules to follow plus the 8 garu5garu means heavydhamma rules. Many of rules are the same, yet some are different. Bhikkhunis have some extra special heavy rules and heavy consequences. Lay people should pay careful attention to the following bhikkhuni rules with heavy consequences:

A real Theravāda bhikkhuni who breaks any of these above rules, found nearly verbatim in all textual versions of all vinaya sects, needs to lose her full status and needs to follow the similar procedure as stated in the Saṅghādisesā section of this article. However, instead of six nights, they need to do 2 weeks. Although the rehabilitation base time is longer, there is no bonus time for concealing. Furthermore, afterwards, they need at least twenty bhikkhus and at least twenty nuns as quorum to restore their full status.6As stated before, it would be preferred to have twenty-five from each group You can read this article below in full, which discusses more on the actual and real bhikkhuni rules: 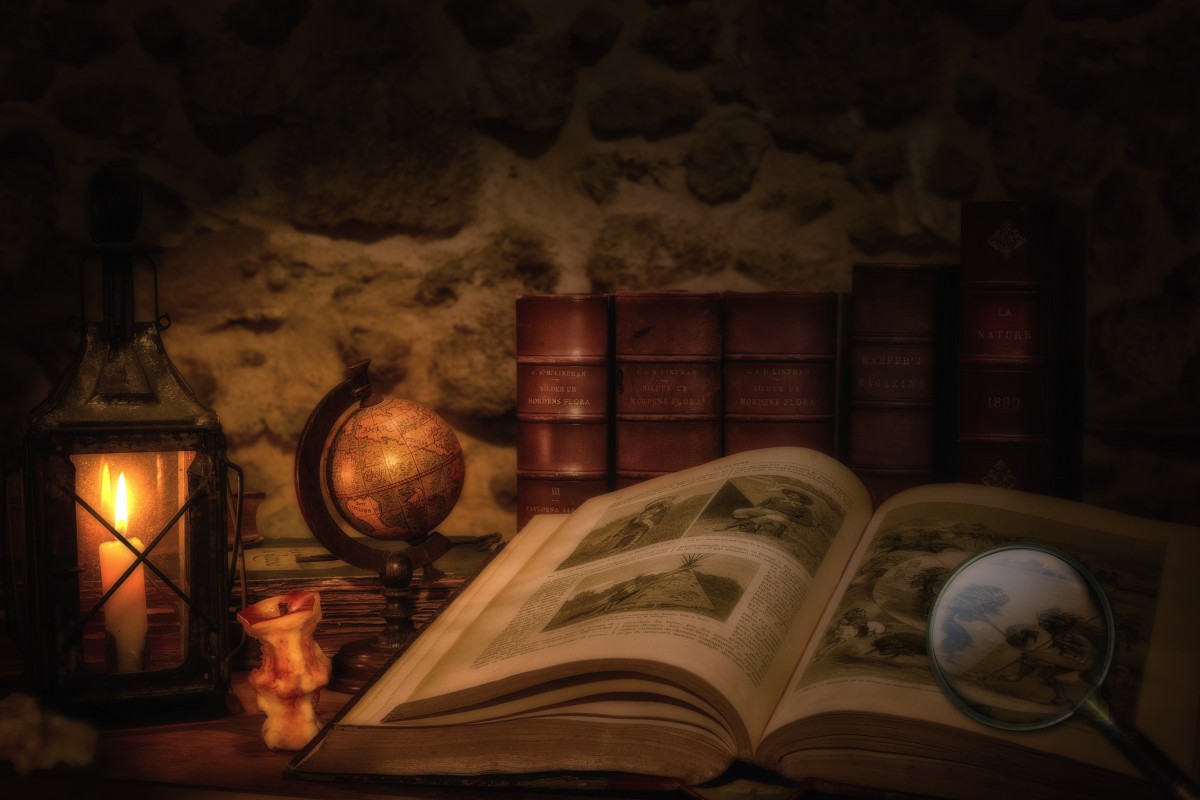 Are Theravāda Bhikkhuni Ordinations Valid?
There is not much written in English explaining why bhikkhuni ordinations are rejected by the Theravada Community of Monks. 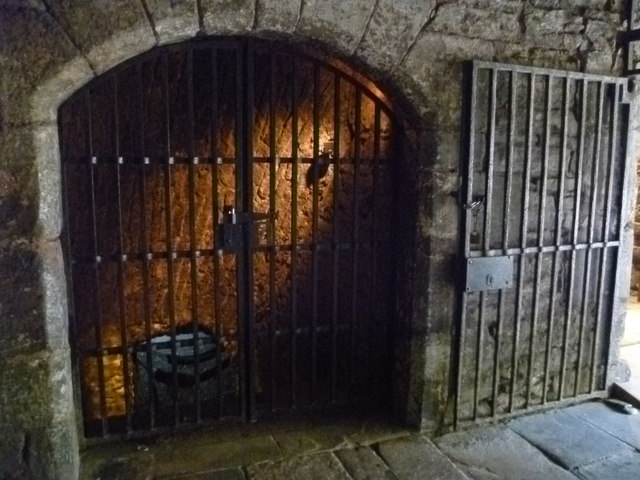 Should Bhikkhunis Be Sent To Probation Monasteries?
Did you know that bhikkhunis (nuns) are not allowed to sleep or travel alone and if they do, they are sentenced to 2 weeks of rehabilitation?

The Pātimokkha is a central part of the bhikkhu monastic life. It defines the rules of how the monk should behave and live. Can you imagine not using money or eating after Noon? That is why the rules play a central role and affect the monks on a daily level. There are rules on how to eat, dress and even go to the toilet. There are 227 Pātimokkha rules but there are also other numerous smaller khandhaka rules perhaps in the thousands. There are a total of five vinaya (rule) books. While it sounds like such rules might drag one down, the rules are designed to help liberate one from the fetters that prevent enlightenment. That is why Pātimokkha is rooted √mokkh (be freed). It should always be seen as a way to freedom rather than being bound to the rules. And that was why The Buddha created these rules rooted freedom.

May you join the community of monks (saṅgha) and follow the morality and Path to Freedom! 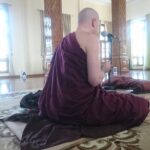 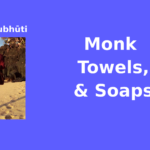 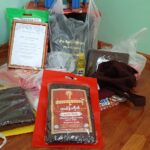 How Long Do Monk’s Robes Last? 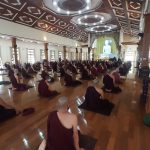 One thought on “What Is The Bhikkhu Patimokkha or Buddhist Monk Rules?”