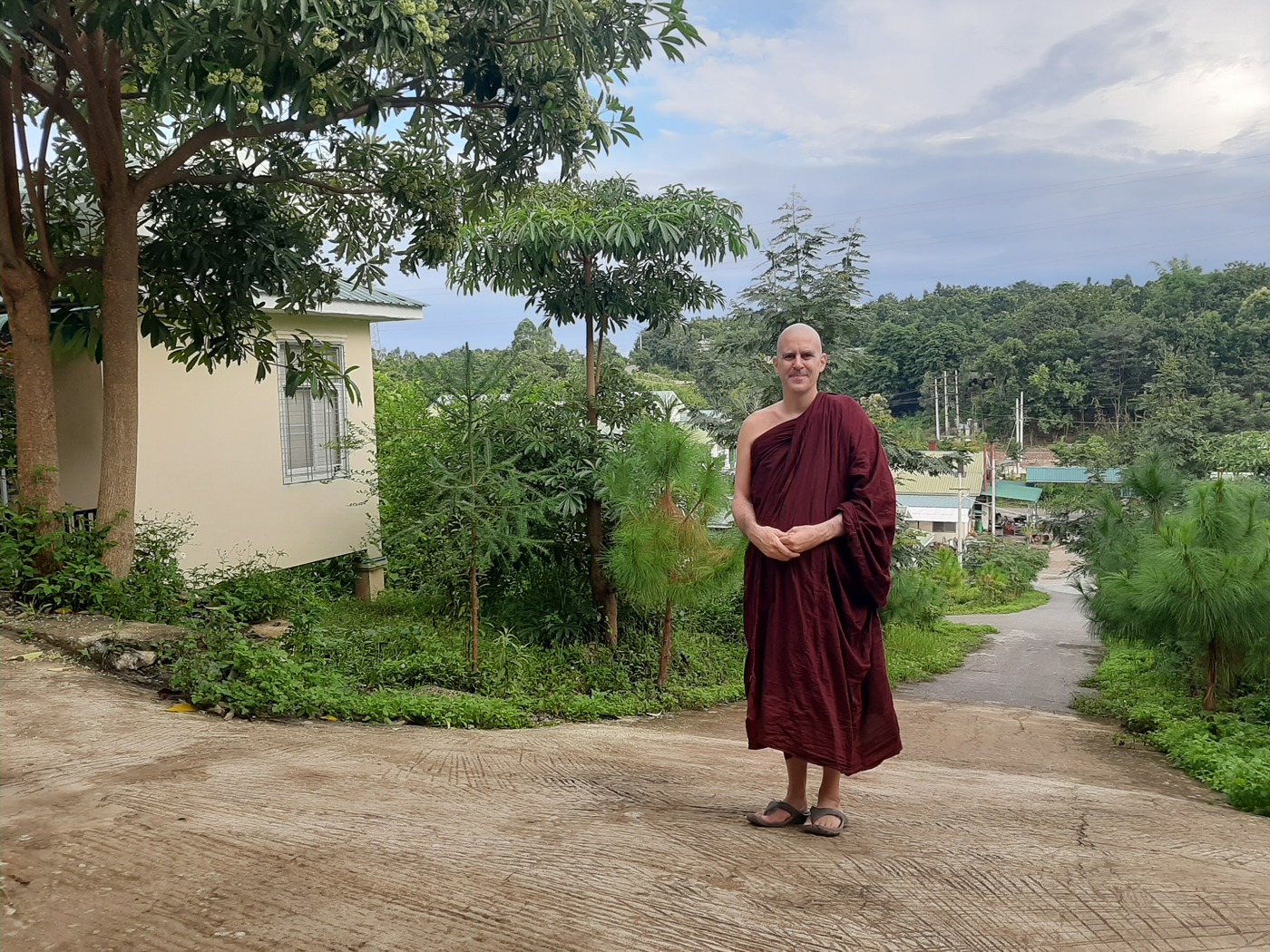 Today I turned fifty years of age. A few months ago, I was really happy about it but then as health problems piled up a few weeks ago (which ended up being a 2.5 week allergic reaction), I was unpleasantly reminded that our bodies were only given 40-year warranties and I was ten years overdue. As I told my parents this newly discovered truth that a birthday just means I’m getting older with more problems and eventually death, my father said, “Bhante, we have been 30 years ahead of you with this same stuff.”

Nevertheless, as I reflect and look back on my life, I become quite happy. I’ve been pretty much doing exactly what I have always wanted to do since about age 18 or 19 when I started university. Before that? eh..schmazel!

Although I was known as the monk who was a computer programmer, if you look closely at the timeline, I really only worked for a little less than 6 years. Working was easy for me, yet people thought I was really smart to do what I did. But really, it was actually easy back in those days and I really enjoyed it. The rest of my adult life was simply living my dream to travel around the world and then to become a monk. Going back to Kaua’i twice was a bonus dream too. Even in college, I lived out a dream by learning how to hang-glide. Things have been good. Below is a picture of me when I was a programmer.

My adult life pretty much started in 1989 which clocks in at a total of 31 years to the present date. Of those 31 years, I have been a monk for (a total of) nearly 20 years, and backpacked around the world for 1.5 years. Life has been good and I’m really happy with my life’s decisions (as an adult). With this November full moon I will be officially 14 rainy seasons of monk years. Below is the oldest picture I have… maybe from 2001. I look quite different from the lay picture above.

Although I spend most of my time in a monastery, I have probably traveled to more countries than most people. I also have a really good world view since I live with international people. I have been abroad so long that it has changed the way I speak. I have developed a tinge of a foreign accent to the point where people ask me what country I am from when I am visiting America. Nevertheless, the majority of my life and goal is to practice, do nothing, and gain the true Dhamma knowledge. I have nothing better to do because there is nothing better I can be doing.

My goal is to keep on living out the monk life until I die. I’ve been told I would die a couple of times, but I’m still here. I wonder if I will live long enough to surpass 31 years as a monk? If I do, the majority of my life will be as a monk. That would be sort of cool (and I hope I stay healthy).

After all of this time as a monk, my parents and family finally accept me as monk and that feels good. Things started to feel really good after my parents visited me in Kaua’i in 2018. They learned that I could survive anywhere which was a big concern for them as parents. My brother has always supported what I have been doing since the beginning and helped arrange the trip to Kaua’i. I’m very grateful for that. My late grandmother once said that one day we would be good friends. I swore it would never happen as a child. A friend is defined in AN 7.35

“Monks, a friend endowed with seven qualities is worth associating with. Which seven?

He gives what is hard to give.

He does what is hard to do.

He endures what is hard to endure.

He reveals his secrets to you.

He keeps your secrets.

When misfortunes strike, he doesn’t abandon you.

When you’re down & out, he doesn’t look down on you.

A friend endowed with these seven qualities is worth associating with.” He gives what is beautiful, hard to give, does what is hard to do, endures painful, ill-spoken words. His secrets he tells you, your secrets he keeps. When misfortunes strike, he doesn’t abandon you; when you’re down & out, doesn’t look down on you. A person in whom these traits are found, is a friend to be cultivated by anyone wanting a friend.

Today, along with some of my donors, the fam sponsored the meal for the day plus a fresh juice drink for 537 residents. Because we are on a covid-lock-down, shopping for new food is just not really happening. However, the food is pretty good considering the circumstances and the remainder of the money will go to the food endowment for the monastery.

May you all live long and healthy and reach Peace.

One thought on “Turning 50”