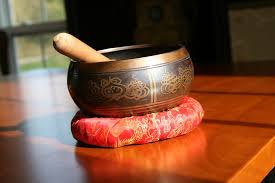 “Singing With My Bowl”
Today, after I Skyped my parents to say hello, I was doing my usual weekend schedule after: Go walking for alms, and then meditate at Swedo Paya (Tooth Relic Pagoda down the street from me). It is my favorite part of the week. It is where I can stop being a college student and be more like the monk I prefer to be. Near the end of my meditation in the Pagoda, a large Vietnam group came and did a chanting procession circumnavigating the inside of the pagoda. Afterwards, they sat down and did some more stuff. My watch beeped 8:00 am and it was time to leave. As I was walking, the Vietnam tour guide asked me to stop so he could take my picture. Then he upgraded my compliance and moved me towards the central Buddha Relic which I also agreed to do. He then asked me. “ You are from the USA, right?”
“Yes”
“Are you from the Takado (Myanmar language for university)?”
“Yes.”
“Oh we are going there in 5 minutes. We are going to offer money to all of the monks.”
“Oh. I do not touch money. It is against the rules that The Buddha wished us to follow.”
“Really?” He was afraid that nobody would accept the money he had arranged, so I told him the truth of the matter and said,
“But most monks do not follow this rule and will accept the money.”
“We will also offer rice today, and you can eat our rice.”
“I collected my food from the village and I will eat separately.”
“But how? What will you eat?”
“Come and I will show you my bowl over here?”
We walk towards my bowl. The vibe changed and he started asking me more questions like what I did before I was a monk and how many years I was a monk, etc. His voice was so filled with faith. It was different from when we first met. This was special and rare meeting for him.
“What was your job before you were a monk?” he said.
“I was a computer programmer.”
“How could you leave your country with all of that wealth and come here?”
“The Buddha also came from a rich family, No?
I did not tell him how much money I had made in the 1990’s. It is still an American culture thing not to say that stuff. It was probably double or triple what he had imagined even in today’s dollar value nearly 20 years later. He disappeared and I started to wrap my robe around both of my shoulders. This is the proper way a monk should wear his robes at all times outside of shrines and monasteries. This style of wearing the robes is not just for the mornings while collecting food although it may seem like that.

He came back with a local Myanmar tour guide who was probably his partner for the tour he arranged. She had the look. I did not ask. He started to tell her all about me. She was silent and smiled throughout the conversation. He came back with a very large Tibetan singing bowl with an engraved Buddha inside. He brought it back from India and I am sure that even with good haggling skills, it was expensive. He showed me how it worked and then asked me if I wanted it. It was big. It would be nice to have, but it was not so practical to take. It was a nice gesture he made but I did not take it. He told me that he was a monk for 14 days at U Pandita Rama monastery. However, since he has to take care of his father, he cannot do it full time just yet. I told him it was a good mangala for him to take care of his father. I wished him to become a monk when his duty was finished and I told him to be sure to be a monk who follows all of the rules The Buddha wished his monks to follow and to not use money.
“But how can I survive?
“I have been doing it.” I said with a smile.
“If you need any of my help, please let me know anytime. I come here often. I wish to become a true monk and follow the Buddhas rules.”
He asked me what I needed, but I just could not get myself to say anything. I had just previously requested for a 20” zipper to repair my bag from a weekend alms donor who also asked me the same.

“I want to be a true monk in the future like you are.” He said with faith that was now on fire.
“I am not perfect, but I am trying.” He agreed and then I said to him, “You know, I need someone to offer my bowl back to me. Please help me.”
He offered my bowl to me, and gave me my meal for the day. He peeked inside just to make sure there was enough food. I left and walked down the stairs knowing that I had taught the correct teachings of The Buddha to one person and many others he will tell this story too. A seed has been planted. Whether or not it grows is in his own hands.
Related post: https://subhuti.withmetta.net/2014/09/16/the-seeds-from-long-ago/