Repost of one single vid small size. 13mb
The new Meditation Hall for Lay Yogis in The Middle Monastery of Pa-Auk Forest Monastery.
Work days are rare and voluntary at Pa-Auk, so lots of preparation is done to make it worth everyone's time. About 500-600 people showed up by my estimates.
4 mixing stations constantly going to feed the fire line, Gloves to protect the hands, a crew to wash the gloves, a crew for drinks, a crew to deliver drinks, a crew to carry sand and rocks and cement to the mixing stations, a crew to give the rocks and sand, etc to the mixing stations, a slide and crew to return the empty buckets, and of course a huge fire line of monks, nuns and laypeople to bring the cement to the second floor.
I worked the sand pile for a little bit and then I started taking photos of the event when there were more workers than work. In the fire line, one monk motioned me to come and help, so I quickly got some gloves and joined in. Then he motioned me to come where he was standing. An oversight in preparation left the temporary staircase under a roof which was being poured at that time. He was getting a concrete shower from the excess water that was dropping through, but still had a smile on his face. No, I was not that ambitious, but I was close enough to him to get a few drops on my head. Later, I caught a picture of him before he rinsed off.
Concrete an "burn" the skin if not rinsed quickly.
photos and videos are enclosed.
﻿

Repost of one single bid small size.
The new Meditation Hall for Lay Yogis in The Middle Monastery o 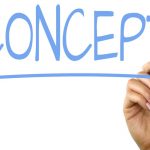