News:
I have been working on some old projects which need some detail but they are nearly finished.
1.Samadhi Chapter will be released in the next few days. Around..15pages
2.Paauk Chanting Book (already) translated by Ven Anandajoti has been 96% finished for almost a year! I hope to release it before 2015. Mahanamakara is already on his website ancient-buddhist-texts.net That will show the line by line style of the new book.
3. Third Precept Article: "Sexual Misconduct with A Multi-life View" will be released maybe the first or second week in September. It is around 25 pages.

The third precept is quite strong and will certainly shock many "Buddhists" who think they are following the basic 5 precepts. Most people are told that Sexual Misconduct means nonconsenting sex, adultery or extortion. The usual really bad stuff that is hopefully easy to stay away from. The precept is different though and mentions a "protector" of the woman. In short, you are likely to be breaking the precept if you are sexually active and were not married off by the parents of the daughter. Eloping is against the precept too. I was shocked when I first learned the traditional explanation and thought it really did not apply to the modern west. However, after asking around in the East, I understood why this rule was the way it was. "Modern" times are quite new in the whole history of man.

Because of that, I would guess that most people will not like it and it will just collect dust on my website after its release. One lay person who helped in proofreading some of my writings "disowned" me because of the third precept and the Abhidhamma Lessons. However I did want to get this third precept article out because there is so much misinformation on this subject. A wish to be popular or maintain popularity can seriously distort what is being taught. Most of the 3rd Precept article is on why it should be followed and the dangers of not following it using a multi-life view. I am most concerned with habitual kamma.

Venerable Sayadaw U Revata read the paper and said he wanted to read it a second time and told me to continue. He also wanted me to include more cause and effect and also expand into all five precepts (implying a book). The paper is too big as it stands and the scriptural cause and effect is not so well spelled out for the point I am trying to express. However, I did add a point based on mn 57.

Originally, I thought that adding all 5 precepts would be too much and that it has been already done before. However, I think that I can add another edge to the precepts. They are very important. Most monks teach that concentration is based on morality and wisdom is based on concentration. However, you will find little on the explanations of what morality is according to Buddhism. It is all assumed that one knows what lying and stealing are. Sex is not technically defined in popular Buddhist texts either. Clinton used this ambiguity to avoid impeachment. The same can be done with lying and stealing. The real Buddhist texts (pali) are "technical" in nature and very exact. They have to be because monks can be expelled if they break the four rules of defeat which are directly or closely related to the first four precepts.

Abhidhamma
Not much has been done with the new Abhidhamma chapters, though I hope to finish cetasikas in a few weeks or less as a self imposed goal. I use soups and "mental ingredients" as an example. It has been put on hold for no real valid reason. I am just doing other things. I hope to polish and release it by October. You might want to read the book "Blink" if you have time. I use an example from there.

I have new illustrations to avoid unintended copyright problems if problems were to arise. Sadhu for ven. Kippabhinna for drawing these pictures for me. Also, it gives the "book consistency.". After that, I think one or two chapters on Dependent Origination would be enough to make it a complete and decent "Abhidhamma primer" for delving further into the Abhidhamma. It is really basic general information. I actually do not know much on Abhidhamma. I actually have never really formally studied Abhidhamma for the sake of study outside of memorizing the 8 wholesome kamma lists with a formal teacher. On the other hand, most of it was written off the top of my head and then later I checked what I wrote against the texts. That is how programmers do things. Well not always, but enough to have the phrase: "We will design it after we build it.". There is often some truth to jokes, certainly this one.
The introduction to the first "Dependent Origination" chapter is written. I might pre-release it soon. It is called "The Super Easy Fifth Method: You Are Here".

The Samadhi Chapter has finally been read by my teacher and he cleared it as "not dangerous" and "OK for others to read." Phew! That was a relief. I was afraid since it is so closely related to meditation…well everything is related to meditation, but Samādhi is the starting point and I do mention a controversial topic of hearing sounds and purity of jhāna. It is a technical and unique explanation comparing bhavanga and jhāna as non-interrupted consciousness streams. Lesson 2, 3, and 5 would be required for understanding this lesson. It has valid pali examples so there is little to argue against. Ven Pa-Auk Sayadawjyi has been noted to speak of the same example. I just explain it in a different style. I wrote the original draft in a few hours with three fingers. I have been wanting to explain this for a very long time. It will be released on my website in the next few days. It is called, "So What Is Samadhi? A One Track Mind"

StackExchange
I tried to do some work with stackexchange in attempt to counter some controversial remarks by Ven. Yuttadhammo. However you need "points" in order to write answers (to earn points). Since I do not have a regular connection or schedule of "online" time and frequency, it will be difficult. It is also a JavaScript site which is heavy for Myanmar Internet. I mostly go online to synch or upload specific things. I might make up questions and then write my own answers to more interesting questions to earn points. I am not sure you can do this or if it is "proper" to do this. The fun questions, the ones I believe are answered wrongly can only be edited by veterans with 10 – 50 points or more. I have currently have one point for registering my name with gmail signup.:-) 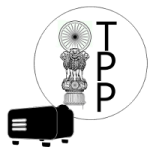 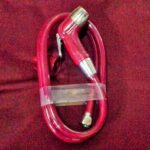 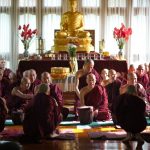 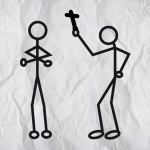