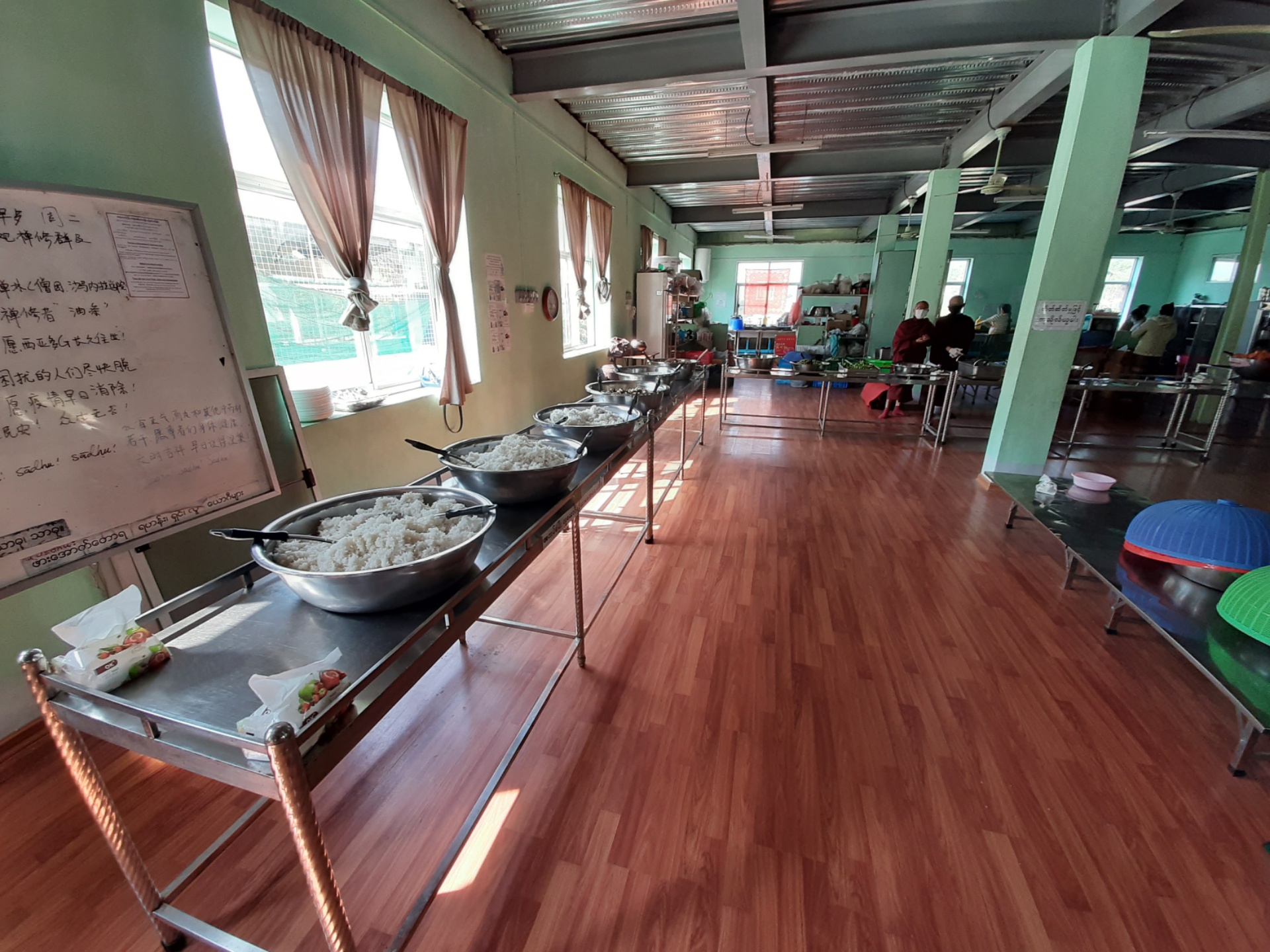 At Theravada monasteries there is no eating allowed after Noontime. Some monasteries only give one meal per day, while other monasteries give 2 meals per day. Both meal plans are allowed by the Buddha. However, some monasteries have no meals brought to the monks and they need to go out in the village and collect it. This last case is very rare and usually done by the forest monks living in secluded places or ehem.. Kaua’i. At Pa-Auk, we get breakfast, lunch and an afternoon filtered fresh fruit drink, usually avocado juice. Life here is easier compared to the life in Kaua’i where collecting my meals and eating could take four or five hours and rarely would I get a hot meal to eat. Nevertheless, I have found that the difficulty of collecting food to be very rewarding. Because the food is brought to us, we have more time to focus on meditation.

Below are some videos, pictures and gifs about what the food is like. In short, it consists of mostly international Chinese vegetarian food. There are also extra donors at the end of the line who serve “extra food” including optional vegetarian or meat items. Every so often a Myanmar curry gets put on the table as well. The food here seems to satisfy everyone’s needs. In the olden Pa-Auk days there were many complaints about the food content and style. Here, there is nothing to complain about, but people still complain. In order for the monks to freely take from the table as they need, the food is offered to “duty monks” and then they put the food on the table for all of the other monks. Below is a video of the curries and dishes. Before we show that, we must show the volunteers working hard outside in the cold mornings.

And Now for the video (7mb)

Here are some close-up pictures from the meal line.

One thought on “Maymyo Pa-Auk Meals”