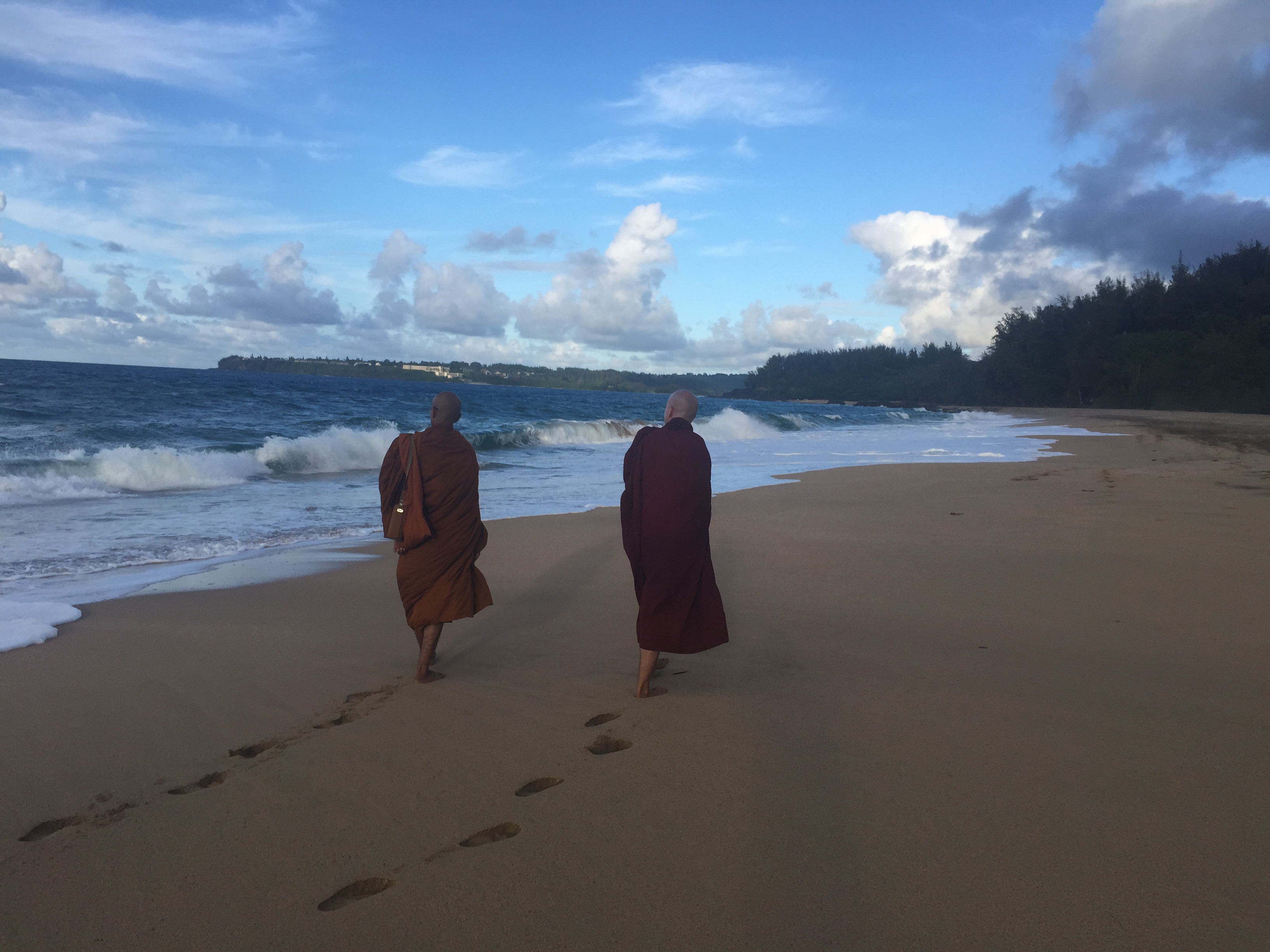 Our third beach trip with chanting and meditation during sunset. Lumaha’i Beach.
We walked to the center of the beach and then sat down on top of a sand ledge to do our chanting. Afterwards, we did our meditation until a small rain cloud started to sprinkle down upon us. We had a good Dhamma discussion with our driver who is eager to learn about Buddhism and meditation and often asks us when the next trip will happen. Such trips are a blessing for the both of us!

As beautiful as the above picture looks, I find “Secret Beach” to still be my favorite spot, which is local to our home town in Kilauea.

Lumaha’i Beach (Hawaiian: Lumahaʻi) is a beach located on the north shore of Kauai, Hawaii, US. Situated at the mouth of Lumaha’i River,[1] is accessed along Hawaii Route 56 between Hanalei and Ha’ena State Park. Due to strong waves, currents and undertow, the beach and bay are considered unsafe for swimming and surfing most of the year.[2][3] Bread fruit trees are said to have been planted here by a Menehune named Weli.[4] Lumaha’i Beach was featured in the 1958 film South Pacific.

In the absence of a protective reef, the surf is dangerous for swimming. On account of powerful waves which break on the shore resulting in back flow, rip currents have caused drowning incidents.[9] Specialist bodyboarders and surfers surf on the shorebreak, particularly on the eastern side of the beach where the river joins the ocean.[9] Because of its scenic beauty with the back drop of volcanic rock cliffs and the Pacific Ocean in the foreground, the beach is a popular landscape setting among painters and for commercial photos. The beach was used in the 1958 World War II romantic movie South Pacific where a scene depicted Mitzi Gaynor singing “I’m Going to Wash that Man Right out of my Hair”. In the movie, the nurses’ quarters were set on Lumaha’i Beach but signed as “Nurses’ Beach”.