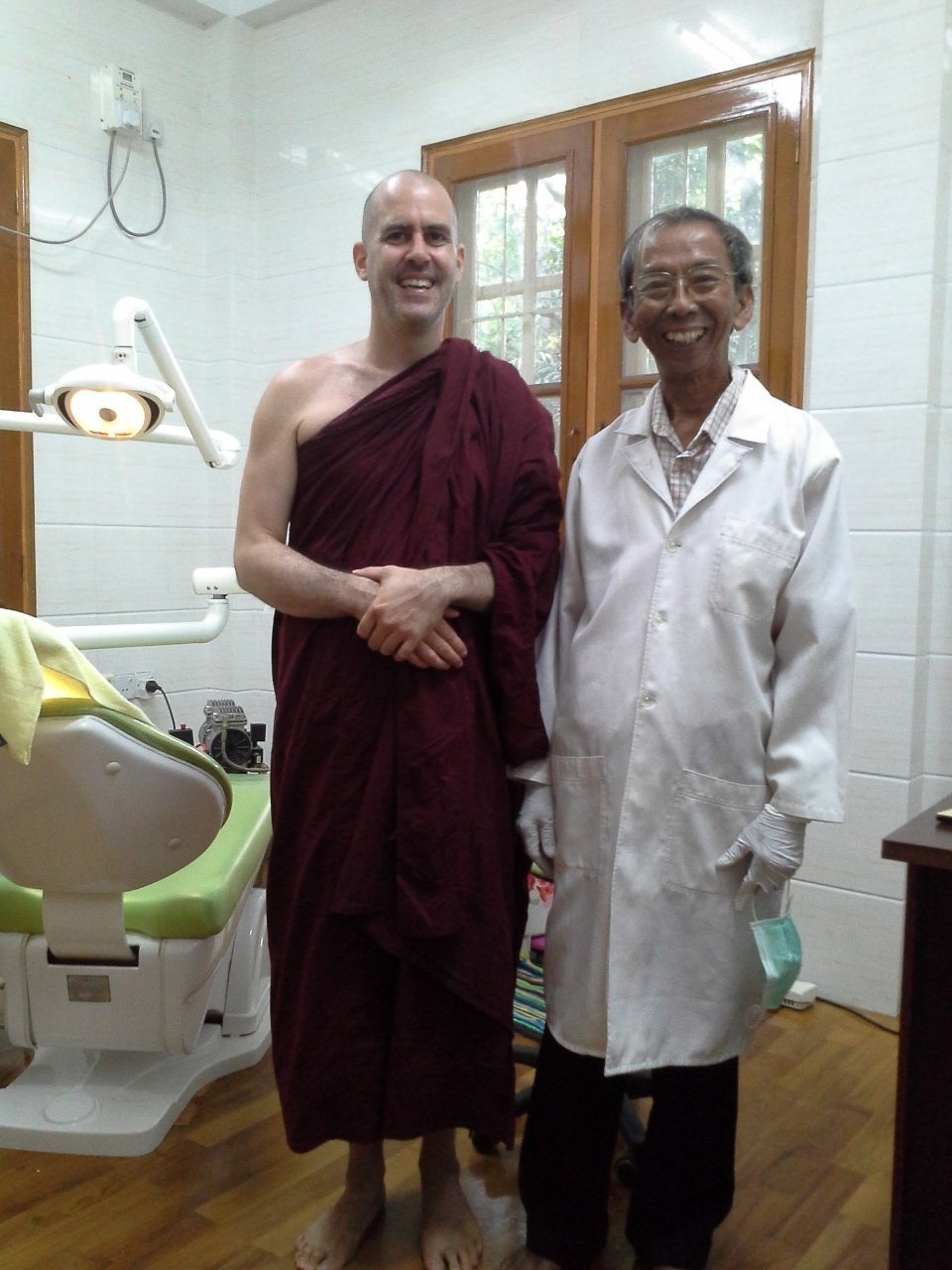 Having Fun At The Pa-Auk Dentist Clinic (Repost/refurbish from June, 2015*)
Because dentists are very expensive in America and the Pa-Auk dental clinic has pretty good sanitary conditions (for Myanmar), I went for a checkup before my trip to Hawai’i. Usually in Asia, you only go to a dentist when there is pain but I had some sensitivity I wanted to get checked and I waited for the Saturday dentist who is known on the street as “the old retired dentist who takes his time and does a good job.” He is a volunteer like the other two dentists and two medical doctors who visit our in-house monastery clinic.

When it was my turn to be called in, he took a quick look at my mouth and squinted in disgust. He told me my filling was leaking. I had it replaced in Sri Lanka before I left in 2012 (by a dentist who donated) and she used amalgam which should have lasted longer. (Read Wikipedia if you think it is dangerous). So I had to come back the next week because the chair was broken and needed servicing. While they normally do resin fillings, I told him I had read up on amalgam and that I was not afraid of amalgam and I think he was happy about that because amalgam is old-school dentistry and he is an old-school dentist who has usually been resin that usually only lasts 3 to 6 years.

He did his work on me the next week and spent over 90 minutes on my tooth. It was in a difficult spot. He really was the “slow and patient dentist who does a good job.” After he finished, he asked me to wait until the next week to follow up and do a polish and fine tuning.

He is a really kind man, fluent in English and very skilled in what he does. Afterwards, I asked to take some pictures of the dental clinic, the dentist and the two assistants. The most fun, was when I asked to take a picture of simulated dental work in action. With a simple request and no direction, the assistant hopped in the chair, opened up his mouth and a dentist with tools followed. We were all happy, and laughing which makes me wonder what the monks outside were thinking! Normally a dentist office in Asia is not so happy!

I hope you enjoy these reposts. Many of the old links were broken due to G+ shutting down. These were a precursor to AmericanMonk.org