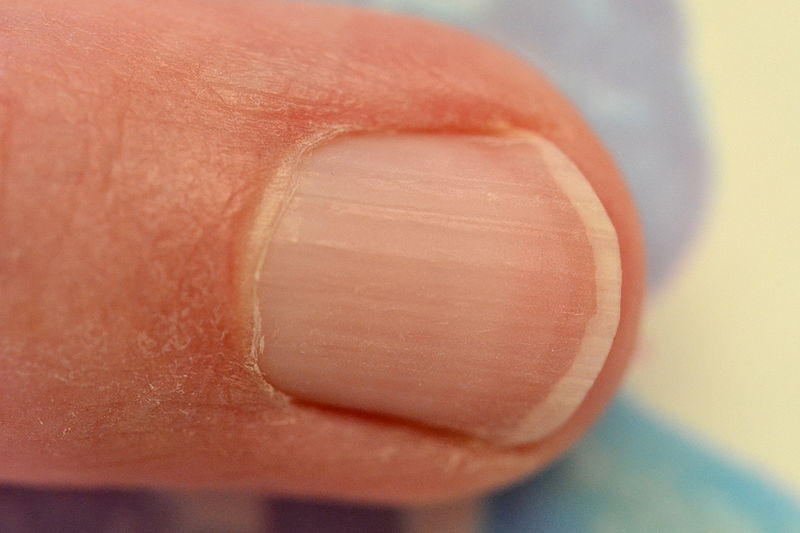 Last week I taught Fingernail Meditation. This is where one uses the fingernail(s) as a subject of meditation. Although this has probably never been taught before by anyone as a standalone meditation subject, it is a subsection of a meditation instruction that all monks are given on their ordination day. That is called, “The First Five Body Parts,” Yes, it is that well known, but rarely ever or even never taught. However, you might think, “Only a subsection, why not practice the whole thing?”

When a monk is ordained, the first clippings from his head are put in his palm and he is taught the first five body parts with an emphasis on the first body part, “Hair of the head”. With that, we can say that just about every monk has practiced meditation on either hair of the head by itself or the first group of five of the 32 parts of the body. The five body parts in total are:

In my talk, I explained that one of the goals of samatha is to calm down the mind. The 32 Parts are also used for invoking visual skills so one can move on to color objects of meditation (kasina objects). Because most people don’t become monks and shave their heads, it is rare for the hair of your own head to be placed in front of you (remember this when you get your haircut). The nails on the fingers are always present and are easy to see right in front of you. To get the sign of concentration, one can develop breath meditation to the access or Fourth Jhāna stage, and use the light of wisdom to see the nails with the eyes closed. Another technique is where one may stare at the nails with the eyes open and then close eyes and then open them and then close them and to try to see them with the eyes closed for extended and longer periods of time while repeating the word ” nakhā ” which means “fingernails.”

Eventually, one can see the fingernail(s) with the eyes closed and maybe even see three dimensions to them as well. Did you know your fingernail is three dimensional? Of course it is! It is also a semi-transparent object that can help you see that three dimensional quality. Fingernails are also something you can feel. Nails don’t have feeling sensors in the ends (where you painlessly clip them). However, the lower portion which is connected to your fingernail bed has feeling sensors. One can use this feeling to help invoke visual qualities in a similar manner as one uses the breath to do the same.

The fingernails are white and can be used as a white kasina, but it would be better if the yogi transferred his visual abilities to the other body parts and used the skull or bones as an object of white. At that stage, one will be well inside the traditional framework where many Pa-Auk teachers will feel comfortable teaching you the white kasina where you can attain the four jhānas. There are many paths in samatha or calming the mind meditation. There are 40 objects listed in the Path to Purification. Remember that the 32 Parts are only actually counted as one single object of the 40 valid objects.

Below is a recording of the finger nail meditation talk I gave.

Other recordings may be found at https://americanmonk.org/recordings-by-bhante-subhuti/

Picture is cc-Attrib-Share-Alike at this link here