Better Late Than Never
Some people believe they are too old to become a monk. Venerable Ashin Nandasara ordained at age 55 and has accumulated 30 Rains which is very special among monks who ordain at any age. Currently, he is the oldest bhikkhu practicing today at Pa-Auk Meditation Center (Main) at Aged 85. He is a native of Kawkareik Township and remembers staying with Ven. Pa-Auk Sayadaw during "The Early Days" when Sayadaw was staying in a bamboo kuti where the 3 story dorm is now. A warm and friendly bhikkhu, who is often known for sharing all of his "special curries" with his fellow monks. I have an invitation to come to his kuti for such curries, but have yet to arrive.

Attached photo taken 16th July, 2014 in his kuti by Ashin U PannyaGavesaka (a bhikkhu on his 9th rains who also ordained later in life, known as the Assistant Librarian and designer/architect of Mettavihari Meditation Hall (for the female side).
﻿ 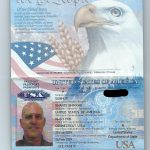