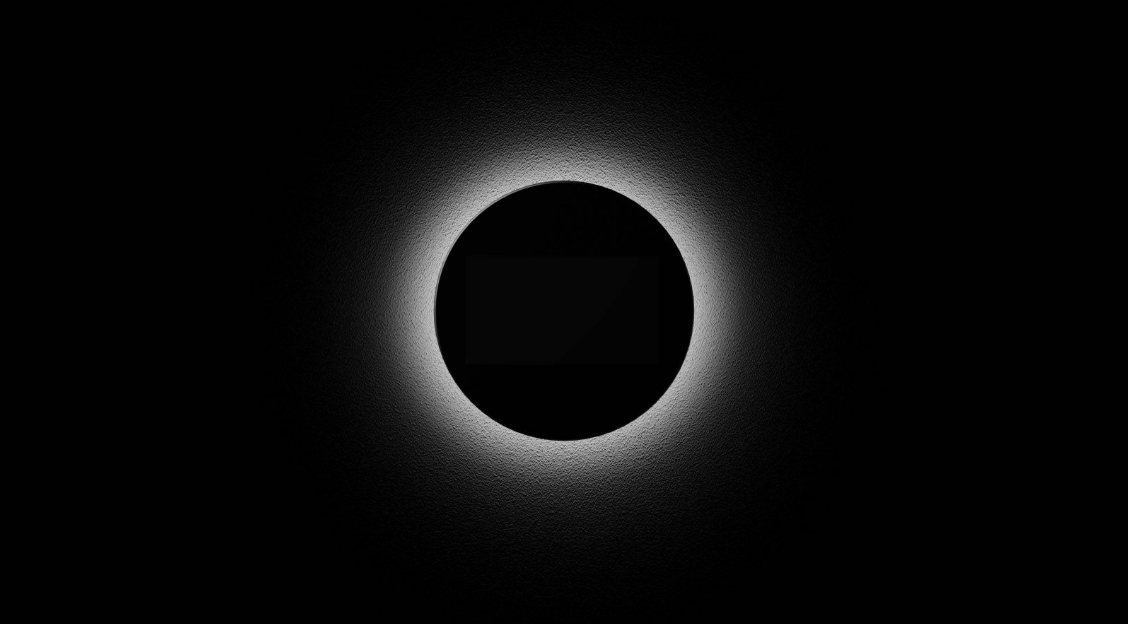 While both Pa-Auk Sayadawgyi, and Ajahn Brahm speak about nimittas which are visual shiny objects of light that represent the breath, Ajahn Brahm’s teaching is quite different when it comes to the resultant absorption stage. I have never read anything substantial on the distinct technical differences between the two teachers, so I have decided to write a post myself. Now you are reading the one that exists.

There are many differences between Ajahn Brahmavamso and Pa-Auk jhāna. The main difference is that Ajahn Brahm’s version of “jhāna” has no light. Here is an excerpt from Ajahn Brahm’s book Simply This Moment: (pīti-sukha means joy and pleasurable feeling)

“The samādhi nimmitta is like a gateway into the mind. Because you have just come from the realm of the five senses, the kāmaloka, you interpret the samādhi nimmitta with the language of the five senses. That is why it appears to be a light. As you maintain your attention on the samādhi nimmitta, if you go further from the world of the five senses, the perception of the samādhi nimmitta changes. The perception of light disappears and you go to the heart that is just a very pleasant experience which we call pītisukha. You do not need to think, “What does pītisukha mean?” “What is pīti, what is sukha?” You cannot know the answer to those questions by looking at the suttas. The only way to know what pītisukha means, as it appears in the first jhāna , is to gain that first jhāna and know that at this stage it is the object of the mind. It is the object of mind consciousness, the one thing the mind is aware of. Because pīti-sukha is extremely pleasant, peaceful, and satisfying, the mind finds it very easy to find contentment in that one mental image; so the mind does the work at this stage.”

Does this really mean no light at all? He does say, “mental image” at the end of the quote. To clarify this, I personally asked Ajahn Brahm about this quote when he came to Na-Uayana, Sri Lanka some time around 2009. He explained that, “The nimitta is the gateway to jhāna but not the object of jhāna.” He continued, “Pīti-sukha is the object(s) of jhāna. The nimitta and kasiṇa are the gateways to jhāna but not the objects of jhāna themselves.”

Another reference: Ajahn Brahmavamso also often talks about cat that is smiling and slowly the face disappears but the smile remains. “The perception of light disappears” seems to match this common and confusing simile he often mentions.

Or it is like the simile that I like to use of the Cheshire cat in Alice in
Wonderland, by Lewis Carol. First, the smiling face of a Cheshire Cat
appears in the blue sky. As Alice and the Red Queen observe the image,
the Cat’s head gradually disappears. Soon, only a mouth is left with an
endearing smile. Then the mouth disappears, but the smile still remains!
The body has gone, but the beauty remains.

The Jhanas, Ajahn Brahmavamso,Page 13 , and several other books

If you still cannot believe that there is no light in Ajahn Brahm’s version of “jhāna”, I encourage you to write Ajahn Brahmavamso and ask him about this yourself. He will confirm what is said here in his book quotations and in the talk when he was in Sri Lanka. The email and telephone contact information is located at https://bswa.org/location/bodhinyana-monastery/

One thing that is strange is that in his more popular books, Ajahn Brahm mentions the nimitta and a bright light and then sinking into the nimitta. The description stops there and it is more inline with the proper Buddhist texts. However, I assure you that the desired result in his teaching is to have no perception of light. Because of that, I find it strange and misleading.

Here is a more common quote from Ajahn Brahmavamso which seems to be okay on the surface:

When the nimitta is radiant and stable, then its energy builds up
moment by moment. It is like adding peace upon peace upon peace,
until the peace becomes huge! As the peace becomes huge, the
pitisukha becomes huge and the nimitta grows luminosity. If one can
maintain the one-pointedness here by keeping one’s focus on the very
center of the nimitta, the power will reach a critical level. One will feel as
if the knower is being drawn into the nimitta, that one is falling into the
most glorious bliss. Alternatively, one may feel that the nimitta
approaches until it envelops the knower, swallowing one up in cosmic
ecstasy. One is entering jhāna.

The Pa-Auk method is nearly the same as Ajahn Brahm’s quote above but Pa-Auk is stated in a more technical and boring way.

That is considered jhāna when one can sustain that nimitta continuously for hours. Some Pa-Auk yogis go for 7 to 12 hours at our monastery for the first jhāna in order to assure confidence in the practitioner about jhāna.

So why would the light disappear with Ajahn Brahmavamso’s version of jhāna while giving nearly the same instructions as Pa-Auk Sayadawgyi?

It is the vibe of Ajahn Brahm’s teachings where he “plays up” the peaceful feeling and joy of meditation. Go ahead and read his quotes again. Even the title of his commercial book, Mindfulness, Bliss and Beyond, gives a vibe and also a craving. You can get a vibe from his talks and writings all along the way so that you are primed to focus on feeling good during the peek of meditation when you go inside. His disciples focus on that instead of the light. That is how, why and when the perception of light disappears. It’s the vibe or grooming that happens along Ajahn Brahm’s path. This is why choosing a correct teacher is very important. He encourages craving to be able to “feel the jhāna factors” which is warned against in the Visuddhimagga and also the Pa-Auk Teachings. There are 5 factors in jhāna often referred to as jhāna factors.

Let’s look at the quote which warns against feeling the factors from the Visuddhimagga: Reviewing means paying attention to the factors listed above. Reviewing diverts the attention that was once focused on the light towards feeling. The mind can only focus on one thing at a time as it’s primary focus. If you don’t focus on the light, it can disappear.

“When a beginner has reached the first jhāna in this sign, he should enter upon it often without reviewing it much. For the first jhāna factors occur crudely and weakly in one who reviews it much. Then because of that they do not become conditions for higher endeavor. While he is endeavouring for the unfamiliar [higher jhāna] he falls away from the first jhāna and fails to reach the second.”

Here is a quote from Knowing & Seeing by Venerable Pa-Auk Saydawgyi. In this book, you can see that the feeling of the jhāna factors is delayed until the very end of the meditation. Ajahn Brahm’s instruction is to “go into the heart” right away and stay there as the object of jhāna. There is a big difference. Read the correct version below:

How You Attain Jhāna:
When the five controlling faculties, faith, effort, mindfulness, concentration, and understanding are sufficiently developed, concentration will go beyond access, up to absorption concentration.

When you reach jhāna, your mind will know the paṭibhāga-nimitta without interruption. This can continue for several hours, even all night, or for a whole day. When [after] your mind stays continuously concentrated on the paṭibhāga-nimitta for one or two hours, you should try to discern the area in the heart where the mind-door (bhavaṅga consciousness) rests, that is the heart-base materiality. The bhavaṅga consciousness is bright and luminous, and the commentaries explain that it is the mind-door (manodvāra). If you try many times, again and again, you will eventually discern both the mind-door, and paṭibhāga-nimitta as it appears there. You should then discern the five jhāna factors one at a time. With continued practice, you will be able to discern them all together at once.

The Pa-Auk or Visuddhimagga Method not only follows the Commentary and Abhidhamma faithfully, but it is also observed in what might be well over a thousand Pa-Auk practitioners who have experience with this method.

Do you need a nimitta for jhāna?

According to the classic Commentary texts and Abhidhamma the nimitta or kasiṇa are the object of jhāna concentration. That means the nimitta is the object of the mind during the whole duration of jhāna, not just the entering or sinking stage. Ajahn Brahm stands with his dark jhāna definition and method that is not found in the Pāḷi texts.

Objects For Vipassanā and Concepts

Likewise, pīti and sukha have no light by themselves. They are also two distinct objects (not one). They are called cetasikas or mental components. These mental components are categorized as “real vipassanā objects”. They arise and pass away very quickly and are subject to the 3 characteristics of insight; impermanence, suffering and non-self. They are always changing and that is why they are not suitable for jhāna concentration.

In contrast, a nimitta is a concept (paññatti). I have written about concepts in meditation at: https://americanmonk.org/concept-meditation/ . A concept does not change. If you were to look at a row of vehicles, you could know them all as vehicles despite the shape, make, size or color. The concept or general defining characteristic does not change. That is why although the light gets bright and shiny as concentration grows, one should not pay attention to the shape or color. This too causes concentration to drop.

29) The colour should not be reviewed. The characteristic should not be given attention. But rather, while not ignoring the colour, attention should be given by setting the mind on the [name] concept as the most outstanding mental datum, relegating the colour to the position of a property of its physical support. That [conceptual state] can be called by anyone he likes among the names for….(earth kasina section of vsm)

So jhāna needs a concept rather than a real vipassanā object such as pīti or sukha. It also needs a single object of focus. Pīti or sukha are two separate objects. Jhāna also needs a nimitta for the entire duration of the jhāna and not just the entry point. The teachings might appear to be the same but one must focus on the correct vibe to stay in line with the Pāḷi texts which have proven themselves with the many meditation yogis who practice successfully at Pa-Auk. There are 3 or 4 generations of teachers now at Pa-Auk with over 60+ meditation centers that shine across the world. The Buddhist Texts, Abhidhamma and Commentaries are correct and should be trusted. May this article help you understand what is correct, and the correct vibe to follow. There are however “some” useful things in Ajahn Brahm’s books, but you must understand what to look out for. You have to be skilled to know how to sift the right from the wrong, and the subtle underlying vibes mix in with everything like salt added to a curry. It can lead you astray if you dare to follow or even peek at that route. So be careful not fall victim to being groomed to “feeling the factors” before the correct time occurs and one should only check those factors for brief moment. Otherwise, as Ajahn Brahm says, “The perception of light will disappear” and you will be left in the dark.