A notice I posted for our guest rice servers (Story Below)
Someone asked me how things went with the Muslim guests since I did not make a followup so quickly. If you missed what happened, you can go to my profile and see the previous posts.

The whole experience was surely positive for me. I was very happy and my happiness lingered for several days afterwards. Rev. Sa-Id and his group came with a happy faces and left with happy faces.

Our monastery is quite big and arrangements were made sort of "last minute" with notices being created and posted thirty minutes before serving time. That was because they were invited only the day before they arrived and their official acceptance was only confirmed upon their arrival. Some monks did not even know this ever happened since we are not supposed to look up when we receive our food. However, some monks knew, and later, some monks approached me with loving-kindness-glowing-faces and told me how great the food was and that having the guests was a great idea! Some of my relatives expressed appreciation for my efforts, especially my brother and mother who actively supported the initial meal offering to Pa-Auk Sangha. They are also Jewish.

I have also heard that some monks have changed their views in a more positive light as a result of the visit. I think some monks did not like what happened, and may have even passively walked past our guest rice servers without taking rice that day, but sometimes they may want the soupy rice served at the end of the line. I have done this before when my stomach was not so good or on the days when I break my fasts. Change does not happen overnight, and whether positive or negative attitudes existed, the issue came to light. Overall, I believe it was a positive experience for Pa-Auk and sincerely appreciate the efforts and trust from the Muslims in regard to my invitation. Sayadaw U Kovida noted that this has happened before in a monastery in Mandalay.

I sent a picture CD-ROM to the mosque with venerable Pannagavesaka. He told me that Rev. Sa-Id was happy to see him. He described him as having an "ear to ear smile" upon his arrival. There was not much time to chit chat that day since the car had several people aboard waiting to do other things, but overall, it was positive review and no trouble arose in the mosque for his visit with us. I am sure he will enjoy the pictures.

I have read a few articles in my 2012 offline wikipedia on Islam to try to figure out why the negative image exists. Basically, a small minority of the group does something bad and sometimes it is absolutely horrible, and the whole group gets blamed for it. It is often the media that creates such an image. That is what we call racism in America. The IRA has done lots of terrorism, but we do not blame all Irish people for being terrorists.

I read that the Qur'an does give Muslims an allowance to fight. However, it is allowed for fighting in self defence and oppression towards their practice. When the attacking and oppression stops, they must stop. They must also forgive too. So if one is "Afraid" of Muslims, the best thing one can do is to show them you are peaceful and expect them to be peaceful and reciprocating such beliefs. We call this "harmony" in America and other countries.

"Permission to take up arms is hereby given to those who are attacked because they have been oppressed – Allah indeed has power to grant them victory – those who have been unjustly driven from their homes, only because they said: “Our Lord is Allah”.
—Quran 22:39 "
"If your enemy inclines toward peace, then you too should seek peace and put your trust in God" (Quran 8:61)"

I found the following about Christianity in wikipedia by accident. Christianity has an equal or greater dark history for religious conversion. Go ahead and read "Guns, Germs and Steel" or recap where the name "Bloody Mary" originated from.

And this quote was also in 2012 offline Wikipedia under "Judaism and violence"
Bruce Feiler writes that "Jews and Christians who smugly console themselves that Islam is the only violent religion are willfully ignoring their past. Nowhere is the struggle between faith and violence described more vividly, and with more stomach-turning details of ruthlessness, than in the Hebrew Bible."

All that said, these are just quotes. I cannot support or find any justification for fighting for any reason. Gandhi and Rev. Dr. Martin Luther King Jr. are my heroes who fought and won real Wars by capturing the hearts of their enemies. As much as I have sympathised with the individual peaceful followers of Islam, any religion that gives one "the God-given right to fight" scares me to all extremes and has been historically and presently exercised by most fanatical members of every Theistic religion.

Of course, nonviolence is the Theravada Buddhist way.

[Dhammapada 223] Conquer anger
with lack of anger;
bad, with good;
stinginess, with generosity;
a liar, with truth. (www.AccessToInsight.org)

In the West, the Jihad is most well noted to only be associated with terrorists and suicide bombers. However, if you read the Wikipedia article on "Jihad" you will notice several forms of the jihad.

"The relative importance of these two forms of jihad is a matter of controversy. A poll by Gallup showed that a "significant majority" of Muslim Indonesians define the term to mean "sacrificing one's life for the sake of Islam/God/a just cause" or "fighting against the opponents of Islam". In Lebanon, Kuwait, Jordan, and Morocco, the majority used the term to mean "duty toward God", a "divine duty", or a "worship of God", with no militaristic connotations. Other responses referenced, in descending order of prevalence:
"A commitment to hard work" and "achieving one's goals in life"
"Struggling to achieve a noble cause"
"Promoting peace, harmony or cooperation, and assisting others"
"Living the principles of Islam"

The highest form of Jihadism is defined in the Sufi version:
"Sufic
The Sufic view classifies "Jihad" into two; the "Greater Jihad" and the "Lesser Jihad". Muhammad put the emphasis on the "greater Jihad" by saying that "Holy is the warrior who is at war with himself". In this sense external wars and strife are seen but a satanic counterfeit of the true "jihad" which can only be fought and won within; no other Salvation existing can save man without the efforts of the man himself being added to the work involved of self-refinement. In this sense it is the western view of the Holy Grail which comes closest to the Sufic ideal; for to the Sufis Perfection is the Grail; and the Holy Grail is for those who after they become perfect by giving all they have to the poor then go on to become "Abdal" or "changed ones" like Enoch who was "taken" by God because he "walked with God". (Genesis:5:24) here the "Holy Ones" gain the surname "Hadrat" or "The Presence"
"

Unfortunately, I have also read that the Sufi Islam religion is becoming a banned religion in the Islam state of Iran and maybe others too. We have recently had an Iranian couple come to Pa-Auk to learn meditation. I have also met an Iranian man in Nauyana, Sri Lanka who wanted to ordain as a monk. It should be noted that Iran is a special and unique country with UN sanctions against it. The government is one thing and the people are another. Ironically, Myanmar was one of those same countries with UN sanctions. So we should not always judge a book of people by their government's cover.

While I am only a supporter of the Buddhist faith, I do support the practice that leads one closer to the removal of greed, hatred, and delusion. I invited my new friends to fight the Myanmar hatred, tension and misunderstandings with peaceful intentions. The idea was sparked when Myanmar tensions prevented me from arranging a group of Tamil cooks who happened to be Muslim. Because of this, I was unable to make special Tamil food for the local monks for my family's donation on October 8th.

I certainly do support individual rights for people to practice religious freedoms according to their own choice as long as it is peaceful and does not disturb others. This principal is what America was founded on, and I am most grateful for it too. Otherwise, although I was raised Jewish in a very liberal and secular way, I was given a choice to do as I wished after I entered my teenage years. Without such freedoms granted by my family and government, I would have never been able to become a Buddhist in the first place.

Because of this, I support peaceful practices and choices for all, absent from oppression and hostility. In this way, every individual can freely choose what religion they feel is best without fear or pressure.. There is more to say, but I have said enough.
May the best religion win and may all win Peace.
I wish for the Theravada Buddhists to practice what Theravada Buddhism preaches and to win the hearts of the world. 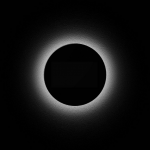 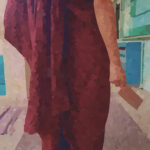 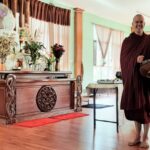